Share a memory
Obituary & Services
Tribute Wall
Read more about the life story of Diana and share your memory.

Diana Wheatly died January 6, 2023. She was born December 29, 1941 and was proud to claim Northport, NY as her true home. Her parents, Albert Veltman and Doris Irvine divorced when she was young, which combined with her mother’s wandering spirit caused Diana to attend 9 different schools before she graduated from Queen Anne High School in Seattle. Before moving to Seattle, she and her brother Lawrence lived with their mother who wanted to try her hand at owning a restaurant in New Hampshire. Those early years produced some of the memories she especially enjoyed sharing with children, the first of which was that her mother was not a good cook, and the restaurant life was short lived.  Certainly, some memories were good, and she especially enjoyed telling us about meeting the creator of Annalee dolls in Meredith, New Hampshire. She recalled watching the creator hand paint faces for the dolls.  As the company grew Diana added many of these dolls to her holiday decorations and as she unpacked them each and every year, she retold the story. Her children, often with some eye rolling listened every year and helped decorate the house much to Diana’s delight. There is no doubt that with Diana’s passing this story will be shared with her grandchildren and great grandchildren for years to come.

Following her graduation from high school Diana married her high school sweetheart, Phillip Bates. The marriage produced two daughters but was short-lived. In 1969 she married Jack Wheatly and they along with her daughters lived just outside of Auburn on several acres for over 20 years. Gardens, fruit trees and a few small animals kept them busy.  A perfect day for Diana could be spent outside tending to her rose garden, followed by quilting in the evening.

Diana was a spectacular Girl Scout Leader and supporter for her daughter’s scout troops and Job’s Daughter activities.    Diana’s closest friendships came from the other adults who participated in those organizations. For just over 25 years she was an executive secretary for the Boeing Company and was quite proud of the programs she supported.

Following the death of her husband Diana retired from Boeing, eventually meeting Richard Jack who has been a loved partner. Conversations this past week with some of Diana’s friends reveal that she was extraordinarily proud of her children and that when her grandchildren arrived, she was thrilled to spend time with them. Their memories include camping, playing games and for the granddaughters how special it was when she sewed Christmas dresses and braided their hair.  Her presence on the sidelines of all their sporting events was always special.  As proud as Diana was of her family, she was grateful for her 33 years of sobriety.

Diana’s final weeks were spent in the care of the loving staff at Julie’s Adult Family home in Enumclaw. She enjoyed home cooked meals, basked in the love of the caregivers, watched every new Hallmark movie and found joy in the house dog, Chipper who spent most of the time on her lap. Diana left this world peacefully and will be missed by her partner, Richard Jack; her two daughters, Suzanne Lewis (Katey Lent) and Laura Schulz; and her three grandchildren, Tristan Lewis, Sheridan Aubert (Kevin) and Katelyn Geiger (Matt Flegel). Her great grandchildren, Chloe, Camden, Gabby and Gehrett brought her tremendous joy.

To send flowers to the family or plant a tree in memory of Diana Wheatly, please visit our floral store. 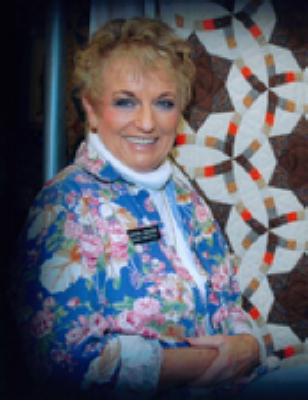 You can still show your support by sending flowers directly to the family, or by planting a memorial tree in the memory of Diana Wheatly