Share a memory
Obituary & Services
Tribute Wall
Read more about the life story of Noel Merrill and share your memory.

On Sunday, January 8th, 2023, notable Alaskan pilot Merrill Wien, a loving husband, father and grandfather passed away at age 92 with his family at his side.

Merrill was born on April 4th, 1930 to Noel and Ada Wien and into a famous flying family in Alaska. He flew in the bush in Alaska, as well as WWII trainers, bombers and transports in the Air Force, and later airliners as a pilot for Pan Am and Wien Air Alaska. He ushered in the jet age to Alaska and later flew wide-body aircraft all around the world.

After retiring, he flew sightseeing flights for his friend Lowell Thomas Jr. over Denali, worked as a test pilot for the Soloy Corporation in Olympia, Washington and flew freight in a C-46 out of Fairbanks for Evert’s Air Cargo as a ‘retirement job.'

He acquired a number of WWII aircraft and brought them back to active flying. Merrill volunteered as an instructor pilot with the Commemorative Air Force, flying their B-29, “FiFi” to airshows across the country. He completed his career with many thousands of hours of accident free flying.

Merrill and former wife, Kathy had three children, Kimberlee, Kurt and Kent while living in Fairbanks and Anchorage. Merrill married his current spouse, Barbara and helped raise her two children Eric Guina and Suzanne Guina Sagiao. They lived in Seattle and were together for forty years.

He is survived by his wife Barbara, his brother Richard and his wife Sally as well as his five children, six grandchildren and his nieces Dona, Robyn, Kelly and Leslie and nephew Loren.

He was preceded in death by his parents Noel and Ada, sister Jean and nephew Michael.

A celebration of his life is planned for later this spring in Seattle.

To send flowers to the family or plant a tree in memory of Noel Merrill Wien, please visit our floral store. 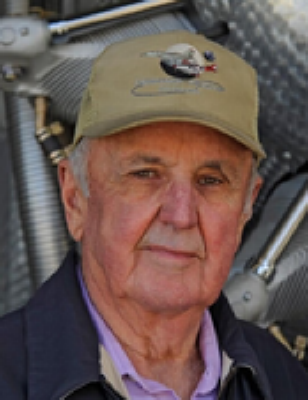